Musings on the Magi

One part of the Nativity story that has held particular fascination for me is the visit of the wise men.

Matthew is the only Gospel that mentions these mysterious men that are sometimes called the magi, and he gives only scant details.

After Jesus was born in Bethlehem of Judea in the days of Herod the king, behold, wise men from the east came to Jerusalem, saying, “Where is he who has been born king of the Jews? For we saw his star when it rose and have come to worship him.” When Herod the king heard this, he was troubled, and all Jerusalem with him; and assembling all the chief priests and scribes of the people, he enquired of them where the Christ was to be born. They told him, “In Bethlehem of Judea, for so it is written by the prophet:

“‘And you, O Bethlehem, in the land of Judah, are by no means least among the rulers of Judah; for from you shall come a ruler who will shepherd my people Israel.’”

Then Herod summoned the wise men secretly and ascertained from them what time the star had appeared. And he sent them to Bethlehem, saying, “Go and search diligently for the child, and when you have found him, bring me word, that I too may come and worship him.” After listening to the king, they went on their way. And behold, the star that they had seen when it rose went before them until it came to rest over the place where the child was. When they saw the star, they rejoiced exceedingly with great joy. And going into the house they saw the child with Mary his mother, and they fell down and worshipped him. Then, opening their treasures, they offered him gifts, gold and frankincense and myrrh. And being warned in a dream not to return to Herod, they departed to their own country by another way.1

The first thing Matthew tells us is that they came from the East, which is a broad term. They could have come from as close as Mesopotamia, or from as far away as the lands that today are India or Central Asia. The common assumption is that they were from Persia, which was then part of the Parthian Empire, an implacable enemy of Rome.

About two years passed between the time the wise men first saw the star and the time they arrived in Jerusalem. We can deduce this because Herod learned from them when the star had appeared, and then in his effort to kill the “king of the Jews,” ordered the death of all the male infants in and around Bethlehem who were two years old or younger.

Would it have taken two years to travel from Persia to Jerusalem? The distance from Tehran to Jerusalem is about 1,000 miles (1,600 km). An Arabian camel carrying a full load can cover a distance of up to 40 miles (65 km) a day. So a camel caravan traveling in a straight line would make the journey in about 25 days. If they had traveled half as far each day or taken a less direct route, it still would have taken only about 50 days. That suggests that they may have come from much farther than Persia. Apparently they traveled rather slowly, or took a circuitous route, or it took considerable time before they set off on their journey. I suspect all three elements were in play, not to mention the need to cross a hostile border between empires that warred regularly.

The Persian magi did have a reputation for studying the stars, but I wonder how they knew that the star they sighted signified that the “king of the Jews” had been born. Nowhere in the Hebrew Scriptures does it say that this special king would be heralded by a new star. Was there something in their own lore that said so? And why would the birth of a king in a small enemy kingdom somewhere to their west be so significant to them that they felt compelled to embark on a long, perilous journey to see him? What information were these wise men privy to?

Matthew tells us that they saw Mary and the child “in the house,”2 not in a stable as is commonly depicted. Luke also tells us that Mary and Joseph had been living normal lives since Jesus’ birth: When Jesus was eight days old, they had taken Him to be circumcised,3 and when He was 40 days old they had taken Him to the temple in Jerusalem to dedicate Him to God and to offer the customary ritual sacrifice for Mary’s cleansing after childbirth.4 Clearly Herod had not yet gone on his murderous rampage; therefore he was still unaware of this new “king of the Jews”; therefore the wise men had not yet visited Herod.

And what about the star? It seems that every year I read about people poring over astronomical data from the time of Jesus’ birth, trying to locate a comet, supernova, or some other celestial event that could correspond to the Christmas star. I doubt they will ever find one, because this was unlike any other heavenly body—ever. Matthew tells us that the wise men had observed it from their vantage point in the east, and that they deciphered what it meant. But then it seems they didn’t see it again until after they were on their way from Jerusalem to Bethlehem, which is little more than an hour’s camel ride away. As the wise men approached Bethlehem, the star reappeared and “came to rest over the place where Jesus was.” What kind of star suddenly appears and hovers over a house?

We are told in the Gospel of Luke that a very bright light appeared in the sky the night Jesus was born:

In the same region there were shepherds out in the field, keeping watch over their flock by night. And an angel of the Lord appeared to them, and the glory of the Lord shone around them, and they were filled with great fear. And the angel said to them, “Fear not, for behold, I bring you good news of great joy that will be for all the people. For unto you is born this day in the city of David a Savior, who is Christ the Lord. And this will be a sign for you: you will find a baby wrapped in swaddling cloths and lying in a manger.” And suddenly there was with the angel a multitude of the heavenly host praising God.5

Could it be that a “multitude of the heavenly host” appearing in the night sky lit it up so brightly that the stargazing wise men mistook it for a stunning new celestial body? Luke says that after the heavenly choir had finished singing to the shepherds they rose into the sky. Note that the wise men said they had seen the star rise. Could that have been the brightness that appeared over Joseph and Mary’s house? Why not? Angels seem to have been fairly regular visitors to this couple.6

And lastly there are the gifts. It is because there are three gifts that the tradition has arisen that there were three men. But there could have been as few as two or as many as ... well ... many. Now gold I understand, but why frankincense and myrrh? These two resinous substances were more expensive per weight than gold and were gathered from trees grown in, among other places, present-day Yemen. There was a famed trading route called the Incense Road that ran from ports in Yemen to the rock city of Petra and then on to points west. Perhaps that is the path the wise men followed.

The Jews used frankincense and myrrh in the blend of resins and herbs that they burned on the incense altar in the temple. That was a blend that was so special to God that any Jew using the same recipe and burning it in his home was to be exiled. Perhaps the wise men thought the exoticness of the gifts would please a distant king. And there is indeed significance that incense used in the worship of God in the temple would have been offered by the worshiping wise men. I am not sure what Mary and Joseph could have used them for. Maybe they sold them in Egypt to cover their living expenses. They had to pay for their sojourn somehow.

So the wise men came, worshiped, and after a word from the All-Wise rode off another way, into the sunrise, and into the greatest story ever told. 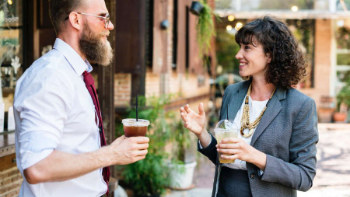 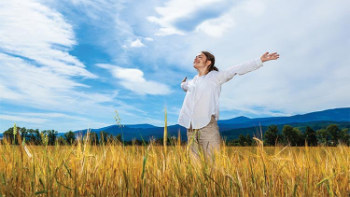